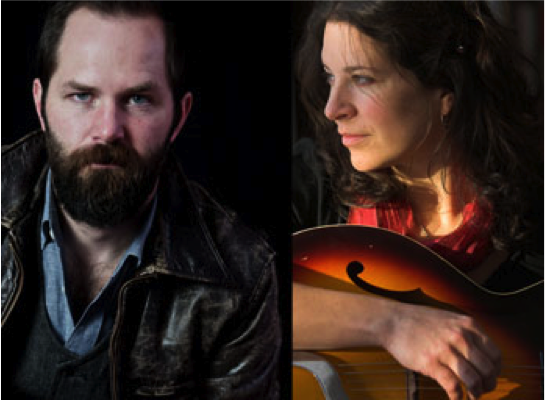 To benefit FLT’s efforts against the proposed pipeline

The Franklin Land Trust is a non-profit organization that works with landowners and communities to permanently conserve farmland, woodland, and other lands important to the economy and character of western Massachusetts. Franklin Land Trust is a founding member of North East Energy Solutions (NEES), a new coalition recently established to provide sound analysis, effective advocacy, and public education related to proposed energy transport projects such as the Kinder Morgan gas pipeline. The land trust is ardently opposed to the proposed route of the pipeline, which includes scouring 35 permanently conserved parcels of land.

I'm organizing a benefit concert at the Memorial Hall in Shelburne Falls MA - my little town - December 27th, with Kris Delmhorst, Rusty Belle, and Abe Loomis. All proceeds will go the Franklin Land Trust, a good organization and one of many local outfits coming together to try to fight off the proposed Kinder-Morgan pipeline to carry fracked gas from the Marcellus shale field across Massachusetts.

The proposed pipeline puts near term private profit ahead of long term public interest - the very idea of commonwealth - and imperils wild lands and rivers. It might be easier to say that it took all of time until now to make our rivers and watersheds, and the pipeline would certainly damage and perhaps outright destroy them. Gone means gone. Even if a pipeline is necessary this is the wrong path and the wrong method.

Kris and I have raised our daughter on these rivers, taken her by hand through the forest and down to the Bear river in high summer when the water is low and the deeper holes hold wild Brook Trout so small they still have their par marks on them. When I moved out here from the Midwest I was homesick as hell and the rivers were the only place I felt right. I fish about 60 days each year and the majority of them I spend on the Deerfield, the North, the South, and the Bear. My local rivers. These watersheds lie right in the path of the proposed pipeline. Help me help the people in the best position to do the most good.

“Jeffrey Foucault, sings stark, literate songs that are as wide open as the landscape of his native Midwest.”

Longtime disciple of the rich and strange music that sings behind the American veil, Jeffrey Foucault has spent the last decade mining the darker seams of country and blues. Foucault has honed his sound over the course of ten studio albums, including four collections of original material and two full-band lyrical collaborations with contemporary poet Lisa Olstein, under the band name Cold Satellite. From his early and largely acoustic collections Foucault has broadened his range with each release, drawing on the bedrock forms of American music to distill a unique amalgam of rock ‘n’ roll, blues, and country, producing a string of spare and elemental albums of rare power while garnering accolades for a tersely elegant brand of songwriting. Foucault specializes in dark narrative ballads, haunting character studies, and spare love songs embellished with his richly toned finger style guitar work. His repertoire is pure Americana poetry- a mix of country blues, country, and folk music that the Boston Globe noted for its "rolling, reflective ballads [that] shimmer with blue shade, everyday images, and the quiet strength of hard-earned wisdom."

His songs have drawn the attention of everyone from Don Henley - who added Foucault's song 'Everybody's Famous' to his live repertoire - to Buddy Miller and the producers of the television show 'Nashville', who used the Cold Satellite song 'Elsewhere' in an episode of the popular series this season. Foucault currently resides in the Berkshire hills of western Massachusetts with his wife, the songwriter Kris Delmhorst, and a six-year-old daughter.

“Delmhorst has become a favorite among music fans who like to be challenged as well as entertained.”

Kris Delmhorst grew up in Brooklyn, NY, but her musical home is in Boston, MA where she cut her teeth on open mics, bar gigs, and subway busking before embarking on her life as an internationally touring songwriter. She has released six albums on Signature Sounds. Delmhorst now lives in the hills of western Massachusetts with her husband, songwriter Jeffrey Foucault, with whom she occasionally performs as part of the collective Redbird.

On May 13th, Delmhorst released her seventh album, BLOOD TEST – her first of original music since 2008′s critically acclaimed album SHOTGUN SINGER. A prolific writer and constant collaborator, Delmhorst continues to share her unique perspective in this new work.The album describes a moment of reckoning and centering in the songwriter’s life, and in society as a whole. In a collection of songs that move between triumph and heartbreak, restlessness and responsibility, Delmhorst acknowledges the weary work of an intentioned life – and the new American dream of presence and perspective in a frenetic time.