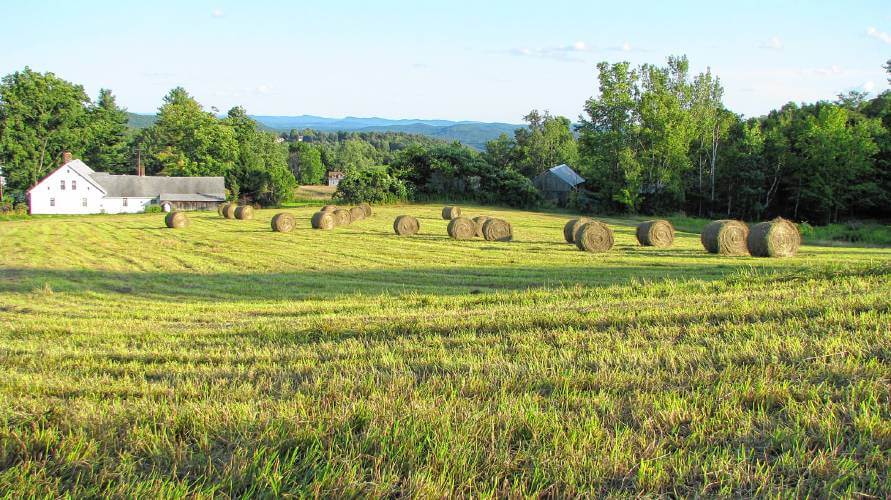 SHELBURNE – Before his death nearly a year ago, longtime Franklin Land Trust contributor and board president Charles Cohn purchased 21 acres of the
former Dean farm on Little Mohawk Road in Shelburne’s Patten District.

Cohn, a former Wall Street broker who moved to Shelburne in 1978 to become a financial adviser and who was dedicated to protecting farmland and other natural
resources of the region, bought the 72-acre farm in 2016 to keep it from being subdivided into housing lots so that it could continue being farmed.

“He cared so deeply about his neighbors and neighborhood,” said Alain Peteroy, a land conservation specialist who worked with Cohn on conserving the property,
which neighbor farmer Norm Davenport has used for haying and maple sugaring for years.

“We were almost finished conserving the 21-acre western portion containing the old farmhouse and barns when Charlie passed away unexpectedly,” said Peteroy,
who began working with Cohn’s wife, Catherine (Kiki) Smith, to complete the project.

Shelburne’s Selectboard and Conservation Commission both approved the conservation restriction.

The property, which remains owned by Smith and is on the tax rolls, has scenic views and contains designated important farmland soils, an abandoned
apple orchard, and portions of Dragon Brook, a cold-water fishery stream that runs north-south, bisecting the property.

The conservation restriction, which was donated by Cohn to the land trust, which holds it, defines a 2.6-acre “envelope” around the house and barns, so
that its owners can use this area as they would any house lot while conserving the remaining land for agriculture, forestry, scenic views and water
resources, Peteroy said.

“We were so saddened by Charlie’s passing,” she added, “and I know he would be pleased that we were able to complete this project with his family.”