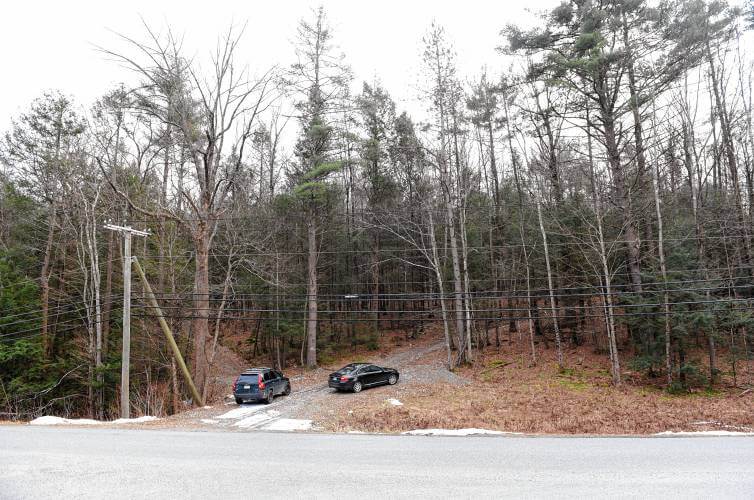 SHELBURNE — When it comes to “scenic byways,” the Mohawk Trail through Shelburne readily comes to mind, and now a conservation restriction has
been placed on a 124-acre property directly along the highway to preserve it as woodland and pastureland.

Franklin Land Trust helped the Town of Shelburne accept a conservation restriction on property of John A. and Margaret G. Payne, the land trust using $400,000
in state Scenic Byways funding just before the Nov. 16 death of the former selectmen and school committee member who retired early from J. P. Morgan
Stanley in 1999 to live and work on Foxbard Farm, the 300-year-old former Bardwell family farm his parents had bought in 1943 to raise black Angus
cattle.

The couple’s daughter, Helen Payne Watt, for whom the Shelburne property was traditionally the setting for gathering with her family at Christmas time,
said, “It was always a place distinctly characterized by the land, by the town, the woodlands and the black Angus and the red barns. The land and the
view and the rural community was integral to the place and the family’s connection to the place. My dad really thought of himself as a steward of the
land he owned, and his project in retirement was to make it a working farm, and then to conserve and put under agricultural restriction as much as
possible to retain the rural character.”

The Paynes have already had 330 acres protected under the state’s Agricultural Preservation Restriction program, according to FLT Executive Director Richard
Hubbard.

The protected property is bulk of a 142-acre Dragon Hill parcel which has been under a Chapter 61A agricultural restriction.

Link to story in The Recorder

“Land protection was really important to him,” Hubbard said of Payne, whose family owns more than 600 acres where they maintain a beef herd of 125 cows,
yearlings and calves and operate a sawmill business that processes timber from the wooded land.

Hubbard said that in addition to its scenic value, the recently protected land is important for its agricultural and wildlife habitat.

While the restriction is held by the town, the Shelburne Falls-based land trust will assist in its monitoring and stewardship.

Posted in Land Projects
← Conserving Land for You (Annual Report)Land for Sale, Cummington →