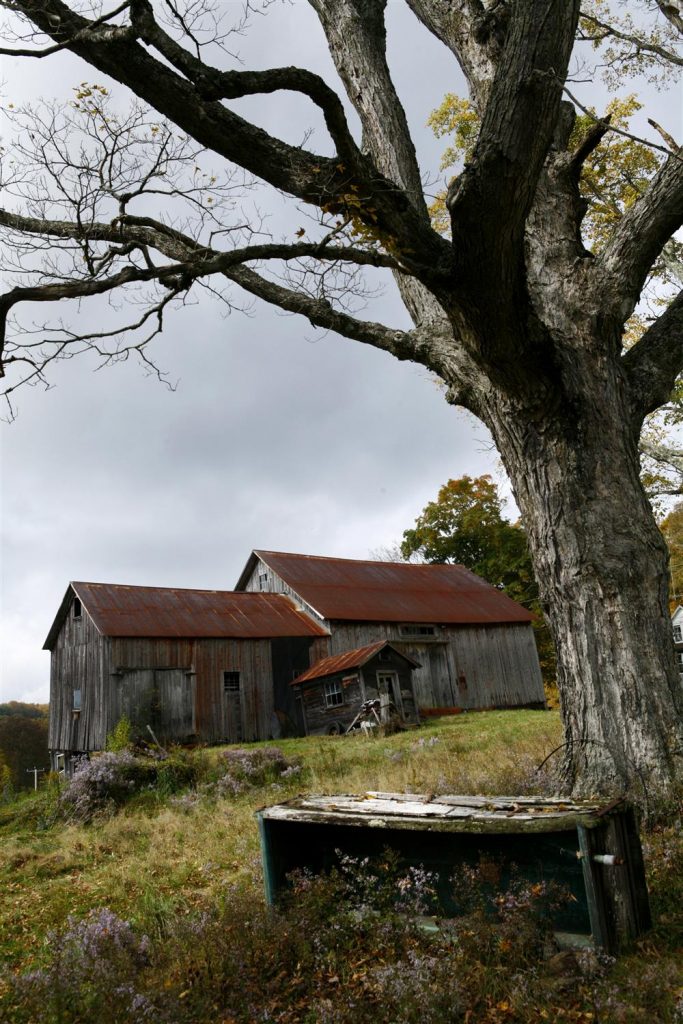 The barn at the Guyette Farm has found a new home!

For many years, FLT has worked diligently to prevent the aging barn at the Guyette farm from collapsing and to keep it intact. Though we were not able
to raise the significant amount of funds needed to repair the barn in place, we are thankful to announce that the barn has found a new home nearby
where it will be fully restored.

New England farmers have a long tradition of moving barns to new locations as farming needs and equipment evolves. This historic barn was moved from
Savoy to Plainfield in the late 1700’s. While its tenure at the Guyette farm on Gloyd Street has come to a close, we can rest assured that the
Guyette barn will stand proud in its new location.

FLT plans to resurrect the ‘ell’, a small addition to the barn that we deconstructed and stored in 2009. The ell barn will be located on the same spot
as the barn now stands and serve as storage and programming space for the Raspberry Hill Community Garden which is based at the Guyette Farm.

Many thanks to the neighbors, community members, and friends of Guyette Farm who have made a new future for the barn possible.