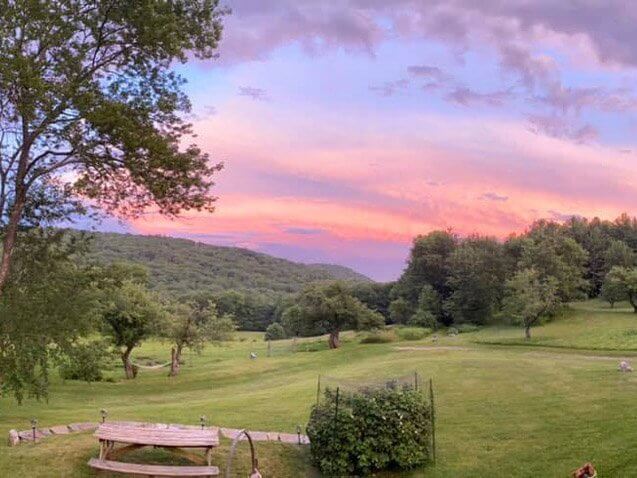 Franklin Land Trust is proud to announce the permanent protection of just under 700 acres of contiguous forests in the uplands of Charlemont and Rowe, Massachusetts.

This project, the culmination of more than six years of work, was one of the largest conservation projects completed in the state in the past year.  Made possible by the Landscape Partnership Grant from the MA Executive Office of Energy and Environmental Affairs, the rationale for conserving this block of land includes not only its wildlife habitat and location in the Deerfield River watershed, but also its size and connectivity to lands previously protected by towns and by the state.  The eleven parcels involved connect an additional 2,000 acres of natural lands whose conservation was established years ago.  The project has resulted in an unbroken block of more than 4 1/2 square miles of permanently conserved wildlife habitat, well over half the size of the city of Cambridge, Massachusetts.  “We are proud of the work of our staff in constructing and seeing this project through, and grateful to the landowners whose conservation intent and generosity made it all possible,” notes FLT executive director Tom Curren. 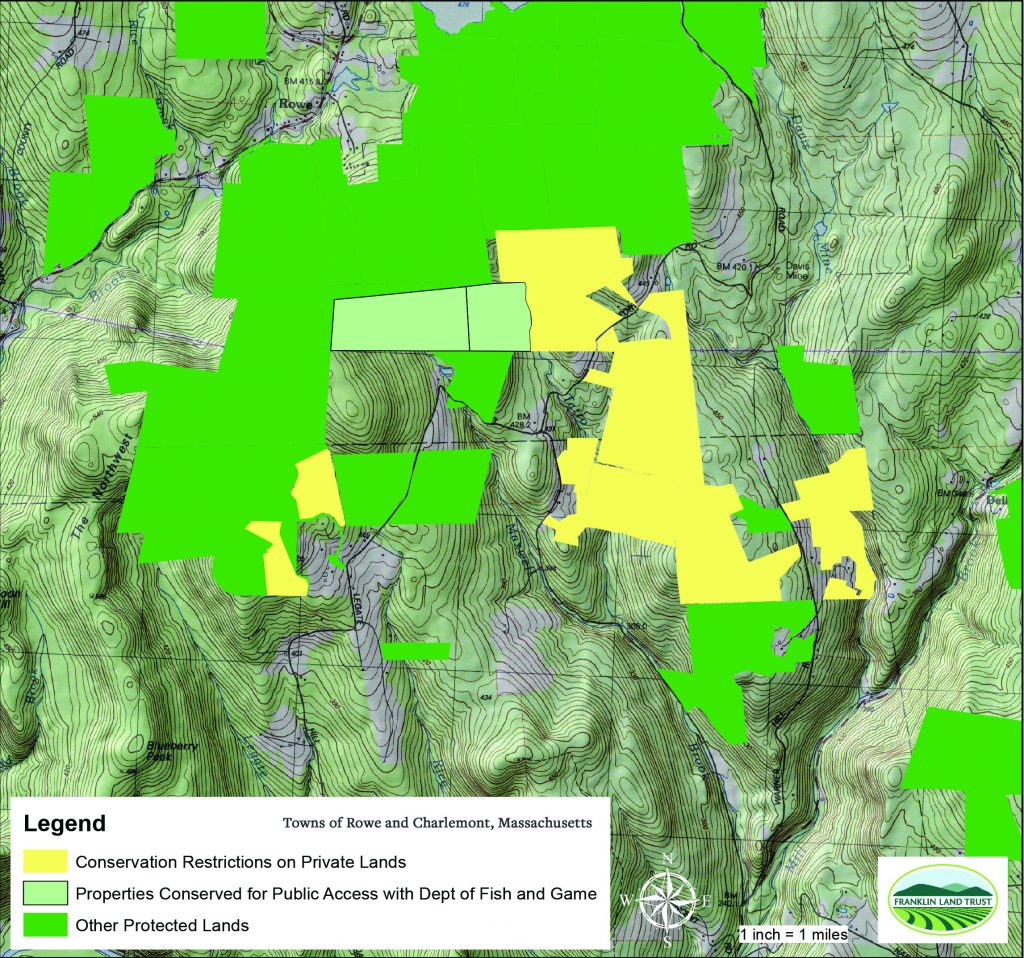 This landscape embraces forests that rise up above the nearby Deerfield River, transected by four brooks that flow southward to that waterway.  Most of the area is wooded, part of a broad, well-watered temperate forest that ranges north towards the Green Mountain National Forest and south to the hill towns above Northampton.  By virtue of its character and location, it is home to hundreds of indigenous wildlife species, from moose, bear, and deer to songbirds, partridge, and reproducing populations of wild brook trout. Emily Boss, FLT’s Land Conservation Specialist, who managed the Warner Hill project remarked, “The neighbors who worked together to conserve this land are committed to making Warner Hill a safe harbor for the animals who live and travel through these forests and fields. By protecting the hillsides from future development they safeguard the natural beauty we all treasure and help make our landscape resilient in the face of change.”

All this land has now come into permanent, deeded conservation, held in fee either by the private owners or by state agencies, with conservation restrictions held by Franklin Land Trust and by the New England Forestry Foundation.  The Maxwell Brook Wildlife Management area open to the public and owned by the Department of Fish and Game has been increased four-fold, and approximately two and a half miles of trails will be permanently established on privately conserved lands. Projects of this magnitude and impact are rare in the Commonwealth due to the modern fragmentation of large parcels and growing complexities of funding arrangements.

The benefits of the Warner Hill Project accrue to the people of the region as well as to the wildlife that make their homes in the lands of the Deerfield River watershed.  The landowners involved contributed at least half of the appraised value of their properties, with private donors and foundations providing crucial funding support. Town officials in Rowe and Charlemont endorsed this effort, local eco-tourism businesses will benefit from protecting our scenic hills, and hikers and other outdoor enthusiasts will enjoy the trails on these lands.  Franklin Land Trust staff have worked closely with the faculty and student body of Smith College and the University of Massachusetts, for whom these lands will represent a significant opportunity for research and learning.  The Executive Office of Energy and Environmental Affairs and the Department of Fisheries and Wildlife will see their missions supported by this initiative.  For all of us, the carbon sequestration and clean water protection that will be the result of the Warner Hill Project can be added to the growing efforts to mitigate climate change on a broad and an effective scale.