Help Save this Historic Barn! 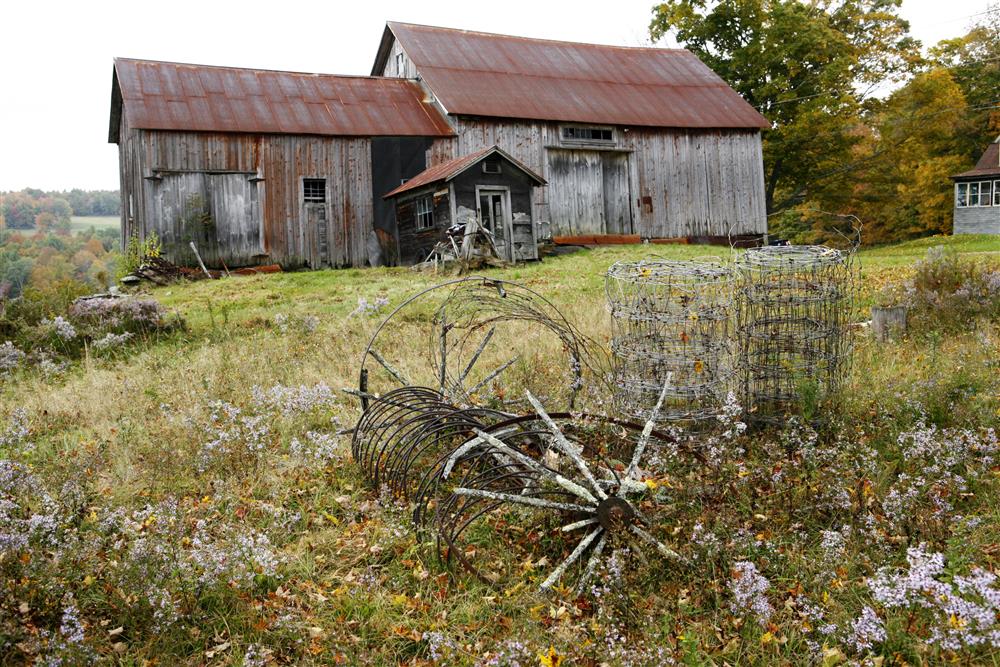 The people of Plainfield and Franklin County, Massachusetts are privileged to have had the historic 107- acre Guyette Farm donated to the Franklin Land Trust. Under the supervision of FLT, this land will be forever protected from development and neglect. As a community leader in the protection of open land, FLT is embarking on new ground with the recent acquisition of not just a beautiful piece of farmland, but also an entire farm complete with an antique bam. What is farmland without a farm or without a barn? Sometimes the proper stewardship of rural land involves the proper stewardship of that structures that defined that lands purpose in history.

The Guyette farm is home to an early 19th century English barn, not an average barn, but one full of unique architectural features not commonly found all in a single structure: The 30x40 foot barn is made up of large hand-hewed timbers, intricate English joinery, a steep roof, a five sided ridge beam and robust wind bracing in the roof system. This group of distinctive features defines this building as an early example of a classic English hinterland barn: the singular landscape element that symbolizes early American life.

Fortunately, for its age, this barn has survived with dignity: the core barn structure and even a small ell are in very good structural condition. The barn however is in jeopardy of structural failure and deterioration due to severe foundation issues. As is typical of structures built in the 1800's, this barn, as strong as it is, was built on a rather poor stone foundation. Time and the cycling of the seasons have taken their toll on the stone structure supporting the barn and leave it struggling to stand straight. With foundation failure comes structural failure: something that is avoidable with proper and timely attention.

The Guyette Farm is facing a critical time; it is a valued part of the Plainfield countryside and recognizable by generations of locals. To the casual observer it is a pastoral symbol of rural history quietly growing old in the field, but closer inspections reveal problems that will lead to its rapid decline if not addressed in the very near future. This fine example of our-agricultural heritage has a lot to offer and is capable of serving many more generations with proper stewardship. The Guyette barn is a barn worth saving and a project the Franklin Land Trust is privileged to have the opportunity to venture into.

Take a Video Tour of the Guyette Barn with Shaun.